The best and most effective way to avoid cat pregnancy is having your queen spayed.

Female cats are in heat three or four times a year. That means they can produce three or four litters every twelve months. With an average of five kittens per litter, that means twenty new cats every year!

And these cats all need a good home ... And you can't give them all to your uncle or your neighbor.
And once these cats are about one year old, they start to reproduce too ... Let's say two out of five were females. That means another forty new kittens a year.

Spaying cats is usually done to prevent litters. Queens are made sterile by removing the ovaries and uterus.
Breeding is great, having kittens is wonderful. But not every one likes to have a pregnant cat.

You can keep your cat indoors when she is in heat. She won't get pregnant, but it may be bad for your cat. Non-spayed cats that never mate are likely to get womb problems after some years, known as pyometra. Pyometra is potentially fatal.

Spaying of females and neutering (castration of males) prevent overpopulation.

According to recent figures, in the US alone over 10 million dogs and cats are being put to death each year in animal shelters because there are no homes for them.
Another reason for spaying cats is behavior. Cats in heat are noisy and restless. Once spayed, they get calmer and sometimes even more affectionate. They do not come into season anymore.
There is no evidence that spayed cats become lazy and fat.
This is a myth. Laziness and excess weight are caused by overfeeding and lack of exercise, not by spaying or neutering.
The operation has a positive side effect.

Queens should be spayed as soon as possible. The best moment is before they reach sexual maturity. Newborn kittens are still too weak for an operation. Six months is considered to be an ideal age, although some veterinarians recommend having it done earlier.
However, do not have your cat spayed when in season. This gives a greater chance of complications.
In general, it is not dangerous to have your cat spayed.

For a veterinarian spaying cats is a routine operation.

Your cat should not be fed for twelve hours prior to surgery. Vets use general anesthesia, but the dose is not heavy. Spaying cats takes only 15 minutes. The removal of ovaries, fallopian tubes and uterus is usually performed through a small incision in the cat's flank.
Recovery may take a week or two weeks, but in most cases you can take your cat home the same day. 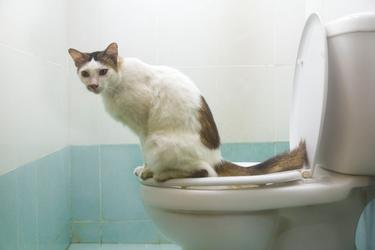